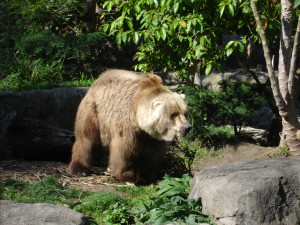 Native Americans centered their lives around animals and nature. The bear has been depicted in ancient drawings and Native American bear claw jewelry indicates that the bear was an important part of daily life in our early American history.

The Native American tribes believed that the “Great Spirit” could take the shape of the bear. When the bear was killed, it was believed that its blood would seep into the earth and help change the seasons, moving the landscape of green summer into fall’s deep reds and oranges. In the spring, the bear would emerge whole and alive once again and begin the life cycle anew.